As I’ve been on the east coast almost four years now, I’ve traveled quite a bit with several trips to Boston and New York, but had yet to see Philly!

To my surprise, my husband had been listening to my repeated remarks about wanting to visit, and booked a surprise birthday weekend trip to Philly! Train tickets, hotel, restaurant reservations and all. (I’m a lucky girl, I know!)

We left Saturday morning and returned Sunday night, so had to pack a lot into one quick trip, but it was so worth it!

Saturday: We arrived around noon and walked from the train station along the river trail to the Philadelphia Museum of Art, and saw the “Rocky Steps.” Did the art museum and then wandered to a coffee shop nearby to refuel.

We ended up to OCF Coffee House, which provided a cool way to see Philly’s historic sites as it overlooks the historic Eastern State Penitentiary. My husband wisely chose a Reuben sandwich. I wanted to try a little of everything, which ended up being basically all sugar… I got a strawberry banana smoothie, peanut butter bombs (chocolate covered peanut butter balls), and a *spicy* golden milk latte.

We next treated ourselves to a massage at Le Reve Rittenhouse Spa, which was relaxing. But, I think we both would have preferred a little more on the deep tissue side. Oh well!

After getting massages we stopped for a beer at a cool spot called BRU where we did a beer flight of German beers!

Next we checked into our hotel at the Residence Inn near city hall before dinner. We originally had reservations at El Rez, but it was packed and ended up at a place we just happened to stumble upon which was AMAZING.

We had dinner at 1225 Raw Sushi and Saki Lounge, an Asian fusion sushi and saki lounge with adorable courtyard seating! I’d describe this place as Asian-Mexican fusion as they have dishes like ahi tuna nachos (which were amazing!) and sushi tacos. We also got sake, wonton cones stuffed with ahi tuna, scallops, and salmon, veggie tempura, and 3 rolls of sushi (including my go-to salmon avocado). It was more than enough food, but definitely unlike anything we’ve had before. 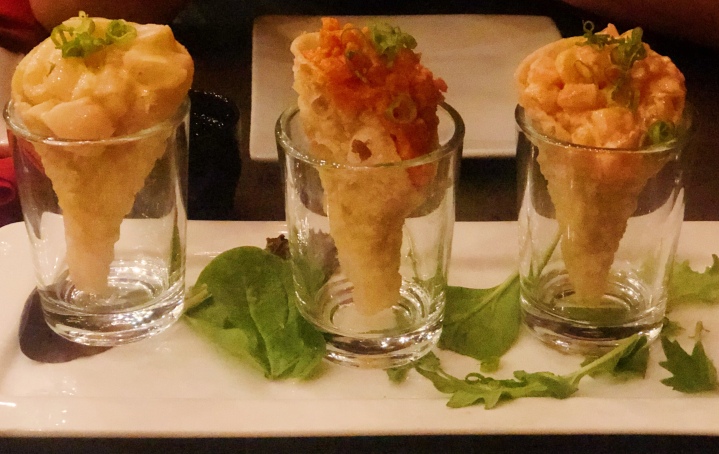 After dinner, despite being full of sushi-goodness, we stumbled upon a gelato place that bragged about being one of the best in Philly so we couldn’t resist – Capogiro Gelato. I got the mango champagne and dark chocolate, husband opted for the cashew and marscapone.

The next morning we met friends for brunch at the most adorable little brunch place – Talula’s Garden. We sat outside, ordered drinks, or la columbe coffee in my case, and food. I got the local mushroom omelet with truffle butter… delicious!

Next was sightseeing at the Liberty Bell, Independence Hall, and the waterfront. With the weather about 90 degrees and sunny, we ended up getting ice cream from the Franklin Fountain and chilling in these cool little net-like chairs over the river. We also had the entertainment of people doing paddle board yoga, so that made for some Sunday afternoon fun.

Finally columnated our visit to Philly the only way one should: Philly Cheesesteak. This part was mostly for Jake, but we stopped into Jim’s Steaks for a classic Philly cheesesteak sandwich. Not an everyday kind of meal, but ya know, when in Rome! 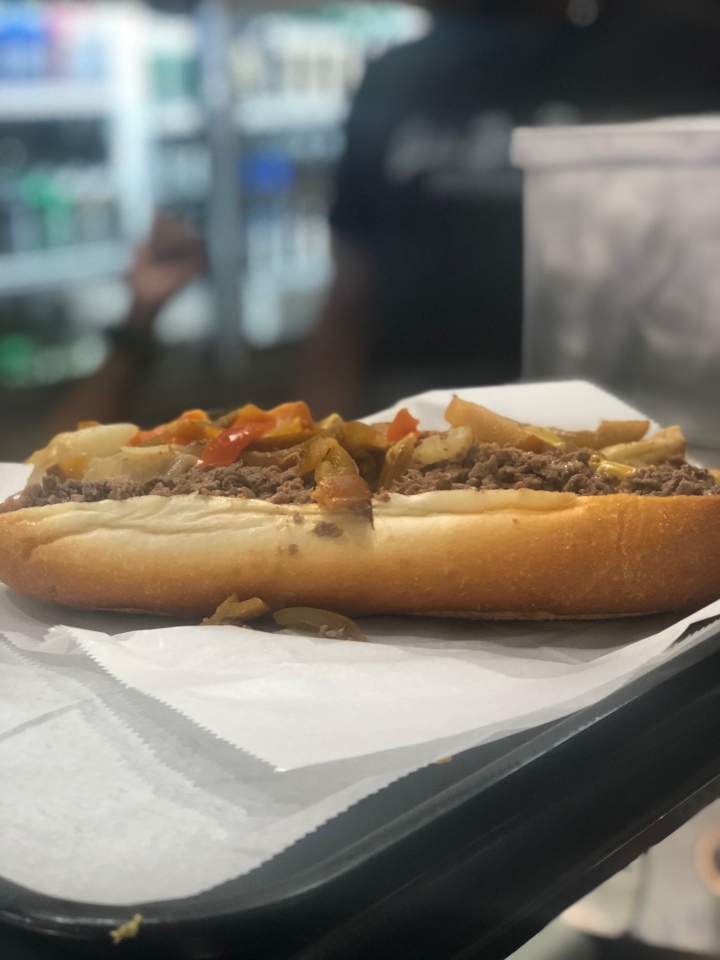 With our stomachs full and our feet tired, we made our way back to the train station and headed back to DC!